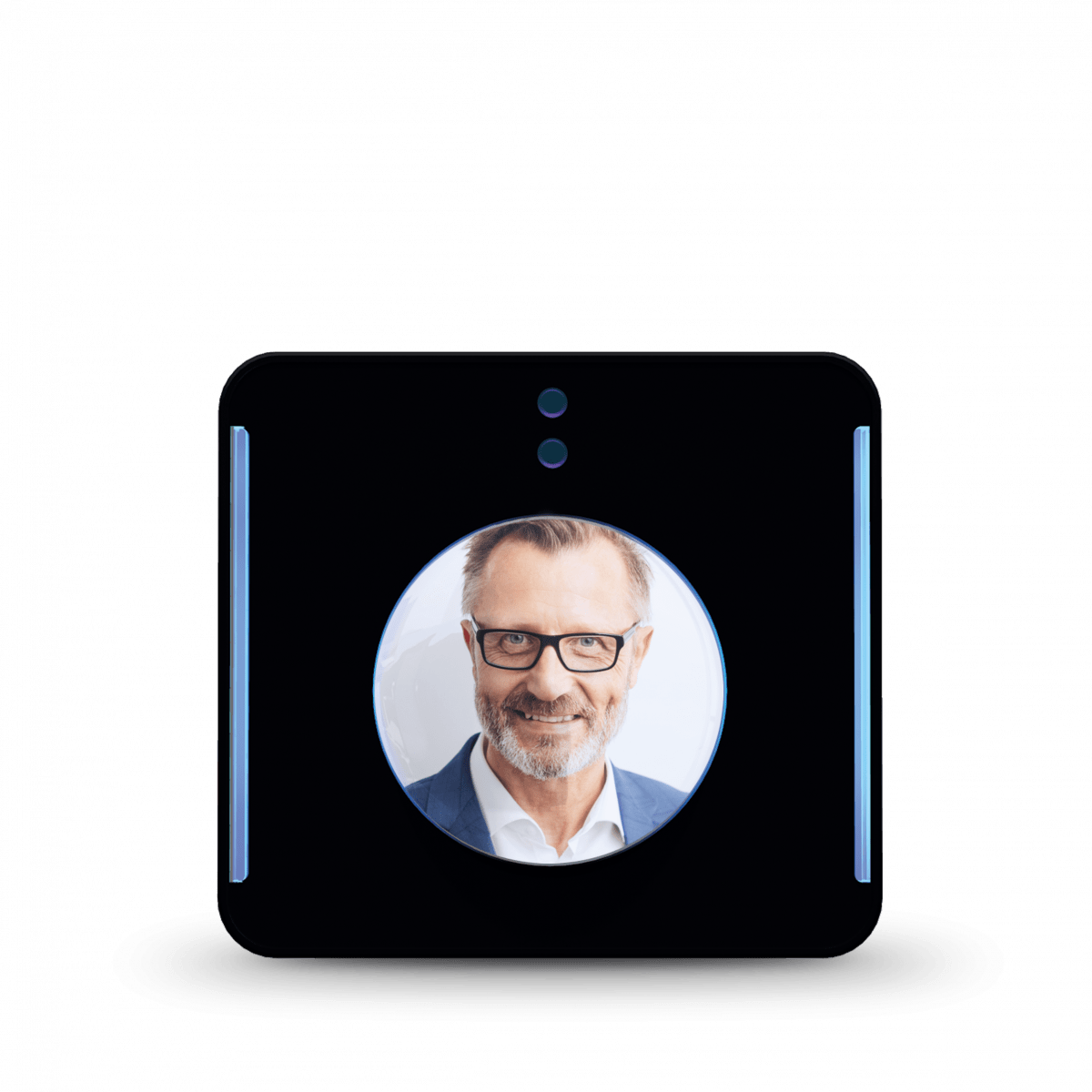 AxessTMC enters the world of facial recognition, with XFace M.

XFace M is the reader compatible with the AxessTMC terminals, designed for facial recognition which, based on a sophisticated algorithm, is performed locally, within the device.

The reflective surface makes it easy to position the face without using a display.

With an IP55 protection rating, the device can be used outdoors as well.

The recognition result will be sent to Master via RS485 SPP or via Ethernet, if entered into the Xatlas system.

XFace M is able to detect fraudulent access attempts, such as users showing a photo or video instead of the real face.

Thanks to the integrated termoscanner it is possible to detect the body temperature of users. 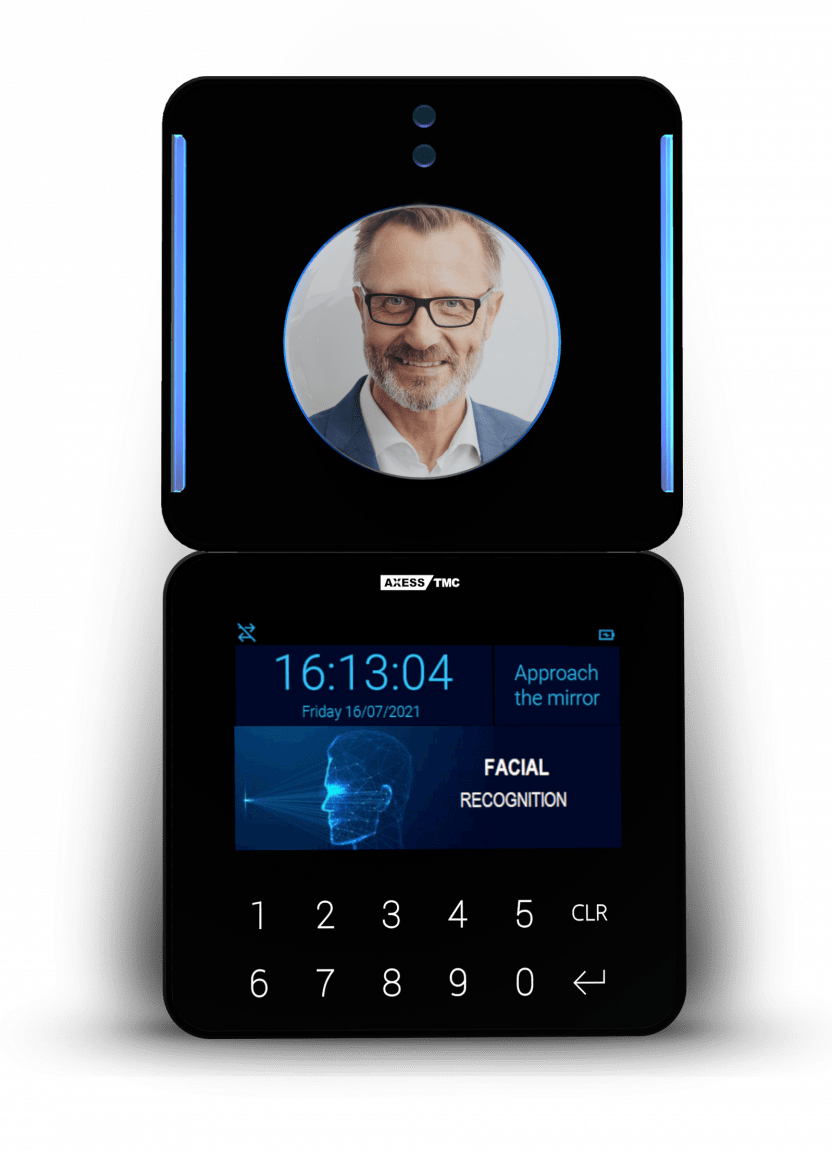 Data Protection. I have read the notifications and hereby give my consents below.

I consent to be updated on commercial news, training and events.

I consent to the communication of data to companies and partners of the Zucchetti Group for commercial purposes.